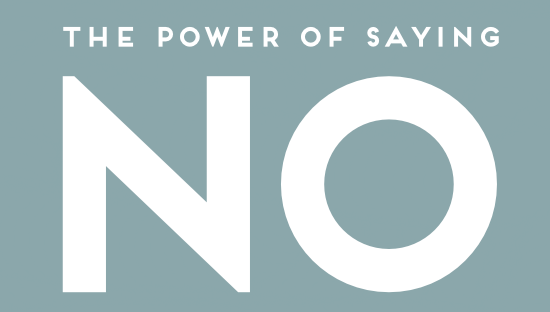 Maybe this is a post aimed more at teachers starting out rather than those established…and for some this may be an obvious in built thing, but it took me a while to understand the power of the word no in the classroom.

As an NQT I was idealistic and, though had spent some time in a classroom during PGCE and before, I was still insecure in my knowledge of how to manage it. It took me a while to get behaviour management skills that would work, but over time I feel much more equipped and felt it might be good to share some ideas that have worked for me.

The power of “No” 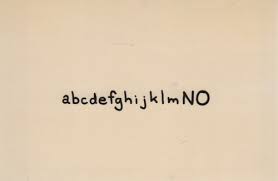 I don’t think I really secured this knowledge in the classroom until I had children of my own (that is not to say people without children can’t master this, it’s just the way I “got it”). As a teacher early on I wanted to give everyone a chance to prove themselves, give them a chance to redeem themselves after every fault and felt if I explained my the reasons for my actions the pupils would understand (working in a state comp), but I now feel I went to far one way. Since that point the most useful tool I have in behaviour management in the word “no”. I do feel some pupils struggle with no as increasingly society can take this word away, but it is useful. If we never hear no we can’t deal with actions that do not have cause or reason, and I feel, as an educator, that it is a vital skill we must teach. 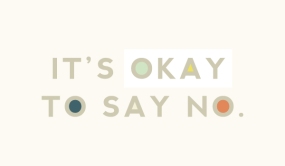 So now, in a classroom, if a pupil asks me something sometimes the answer is just a simple no. No reason, no argument, no explanation. If they ask again or look for clarification then I just simply respond no. I also do this with my own children. Sometimes the answer is just no. How this has aided in behaviour terms is it means that there is no argument back, there is no dialogue, there is no prejudice or anger. More often than not that is where the problem ends. I implore all NQTs to give it a go. It can seem harsh, or mean, but so is the world. Don’t use it all the time but let pupils know that sometimes the lesson needs to move on and a dialogue is not needed.

This is something that can stop many arguments…get close. If a pupil is showing behaviour you don’t want simply sit on their desk. Get a little into their personal space (not too close!). This means they can no longer do the behaviour, they know you know

they were doing it but, again, there is no room for dialogue or argument as nothing is actually said. It can stop the little silly behaviour or chatting easily.

Again, this I use a lot with my children…give them their choices e.g. you can keep doing the bad behaviour and sanctions will happen or you can stop and we can get on with the lessons and not bother with the pain of a detention or I know you lied, you can own up now and we sort it in class or we can get SLT involved, phone home and create a full scale investigation. Often when the choices are clear many will make the right choice (be aware some won’t!).

Sometimes I make it clear that pupils won’t win if they carry on the same attitude/behaviour. Let them know you are willing to go through all the sanctions and then pass on to SLT but that they have done something wrong and they won’t win this fight. Keep calm whilst doing this is the key.

Ask them to quickly wait outside and then have a chat on your own with them. This means the class know you are dealing with it (but crucially not how), you can carry on with the lesson or set the rest up with something else until you go and chat to the pupil and you remove the pupil to allow them to calm down/rethink and maybe to aid you do the same.

Many teachers say shouting is when you have lost in behaviour management but I think if you use it rather than react with it it does have a place. Showing a class that the actions they are doing are not OK might mean you need to use a raised voice. But you must take the emotion out and use it as a tool…not a reaction and as rarely as possible to add impact.

Many teachers have told me of a time they just stopped and waited (including my own mum, who sat down and started to read her book) for a class to listen. It will seem like forever BUT it shows them that you are not willing to go on until the classroom is as it should be. A good way to counter this is to add minutes to a board of time they will waste so that they know the time is important.

Good luck all with the new classes in September and start with the expectations from day 1 – make them clear. Losing one lesson for behaviour may save you many more in the classes to come!

I am a teacher, trained in RE but have taught a number of things in the 10 years I have been a teacher. I ham a mother of two boys and, will this year, be celebrating 10 years married. I am currently trying to get planning to build my fifth house in 7 years. View all posts by MrsEducate