It is at this point in the year that everyone is counting down…pupils are waiting for the holidays as much as staff and parents are waiting for a break to the manic of the school runs. So is this the time to get some down time and put on the videos!? Well I am not wading head first in to that debate but I may have another idea that would be of use.

I firmly believe that a good whole school curriculum is a varied fluid thing and during the hotter months where the terms are long it might be worth investing time in creating a different learning environment that may aim to get the most out of tired pupils.

This is why, in a previous role, we had enrichment week. It was here that pupils had the opportunity to go on trips but also that those who stayed behind were able to learn in many different ways too. I was in charge (because I badgered SLT to be able to do it) of the humanities college home learning, and I think both staff and pupils loved it!

I did this for three years before the enrichment weeks changed and chose to create a week long activity that linked to popular themes that meant little work for staff, engagement of all learners and allowing pupils to learn through play. I am always amazed about how many of the fab learning techniques from primary get squashed out as pupils move up through the school…sometimes it can be through play that the best learning occurs.

The first year I was just starting with the idea and created a theme based on the holocaust. The days were split with different activities, such as looking at psychology and Milgram’s study of obedience of authority (the deputy head asked the pupils to leave some textbooks in a room and then I came in and asked them to rip them up 🙂 …they did it!). It also had videos and different accounts of survivors as well as using a corridor to plan out how the trains would have been on the way to the camps. This, on reflection, was good but a bit hard hitting for a summer term project but it meant I was now in the role as enrichment coordinator!

This is most likely the best project I have created in a school and the most fun had by all staff and pupils! I had been thinking about it all year and decided to create something around the Tom Hanks film Angels and Demons, which had just come out. All staff were off timetable and so I enlisted them all…they were so fab and without them it would NOT have been anywhere near as good!

The week started with a video (which I would love to upload but don’t have permission from all those in it!) that was set to moody music that I had made, it explained there had been a copycat murder and it was going to be their job to find them.

I also had interviews with staff and even the secretary got involved!  (see my example below!).

The rest of the week they then had little play arguments and chats with the staff. There was a classroom set up as a crime scene, real police evidence bags, UV lights, chemical experiments and loads of thinking skills to try and work it all out. The last day was a treasure hunt using facts and mathematical skills round the whole school. 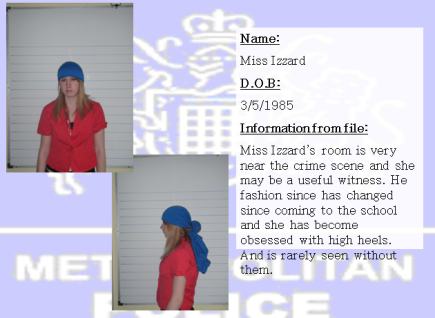 Again this was much on the same idea but based around lost. One room was set up with suitcases all undone and a giant fan (looking like the engine of a plane) and a map on the wall. The rest of the week went link this… 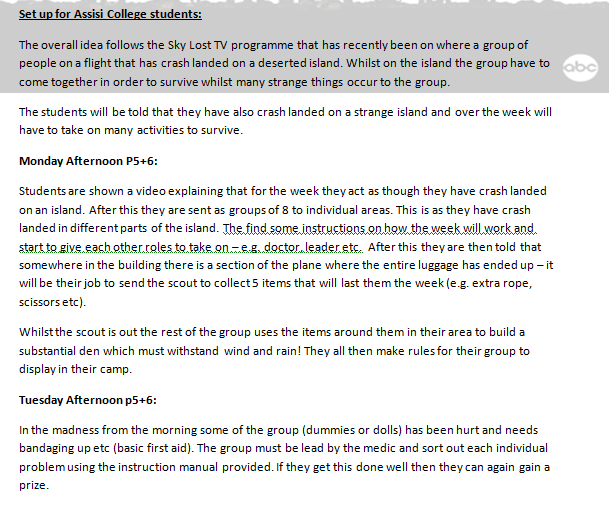 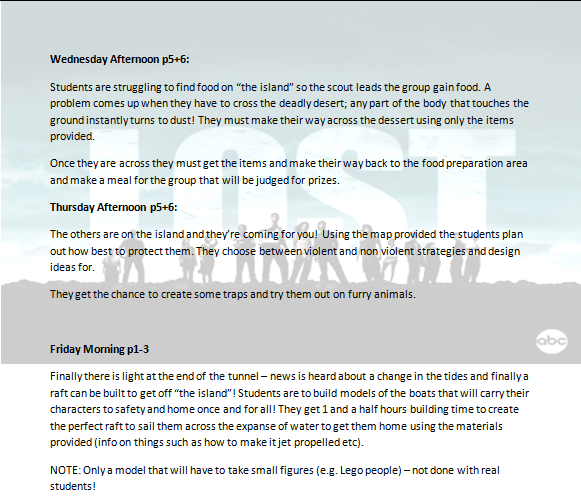 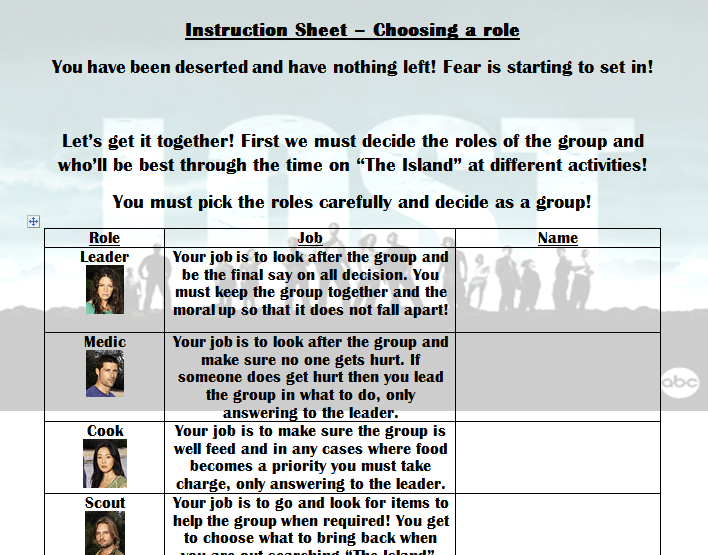 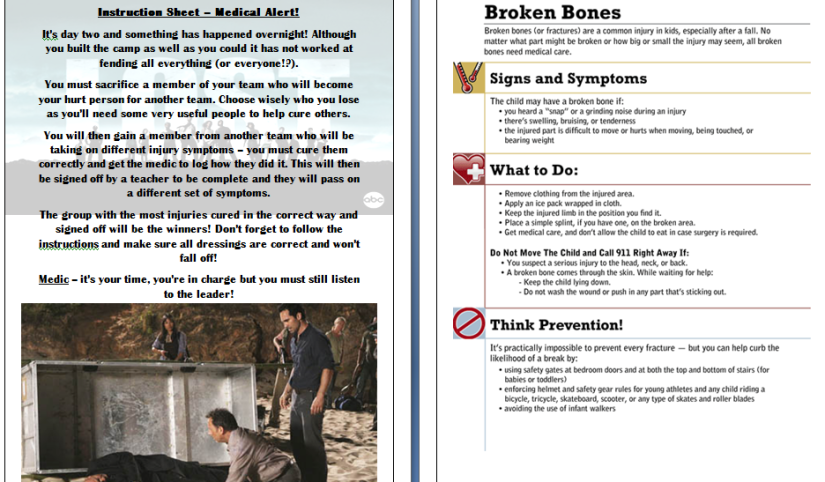 So the are a few points I am making here…firstly a change can be as good as a rest for staff and pupils!

Make it fun for yourself and the staff! I know everyone loved the Angels and Demons and the Lost theme work (well they told me they did 😉 ) and there was some excellent learning of key skills!

Get SLT on board plan this in from September day 1! Let everyone have a break at the end and change the curriculum a bit. Don’t send out last minute videos about academic rigour till the end or about how no videos are to be played ever…anywhere…at all! Embrace the new mood of the school and work with it!

Plan over a long period! This is not something to do for next week! Think about it now and get ready for next year over the summer and next year. To be good it takes a lot of planning and I was thinking about Lost while I was doing Angels and Demons!

Get the press in it’s a great way to advertise the fab work in schools and the press love people dressed up! Shout out what amazing work you are doing.

If any old staff want their videos I still have them and if anyone needs help planning these then get in touch! I miss doing this so my next plan is to do some escape room ideas just for my RE lesson!

I am a teacher, trained in RE but have taught a number of things in the 10 years I have been a teacher. I ham a mother of two boys and, will this year, be celebrating 10 years married. I am currently trying to get planning to build my fifth house in 7 years. View all posts by MrsEducate